Member Since 2008
This tour is not currently available

Buenos Aires is a cosmopolitan city with a rich history and an amazing cultural life. My aim as a professional tour guide is to build a bridge between my culture and yours, helping you understand Argentina’s history, politics, economy, social changes, and beliefs.

As there's a lot to see and do in BA, a good starting point for your stay in the city is going on a Classic City Tour.

After visiting the main square we’ll go South, to San Telmo -the old town and birthplace of tango- and to La Boca. La Boca was the home to hundreds of European immigrants who used to live in the conventillos, charming colourful houses that you will have the chance to see during the tour. You will also have the opportunity to see tango dancers in the streets and hundreds of works of art made by the local artists.

We’ll get to know Puerto Madero, which was Buenos Aires’ port between 1894 and 1924. Almost twenty years ago, the former warehouses and cranes were restored and the neighbourhood came back to life, becoming not only a beautiful area to visit but also one of the best gastronomic districts in BA. Tour with private guide in Buenos Aires. We will then go North,  to the wealthy residential areas of Buenos Aires: Palermo and Recoleta, where we’ll visit the famous cemetery, a city of mausoleums, sculptures and other works of art. 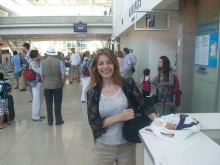 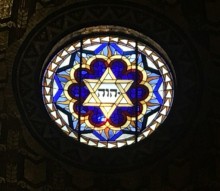