Balanzan Tours is a travel agency based in Mali, created in August 1996 in Ségou and located in Bamako to day by Tiemoko Coulibaly. It offers tour in Mali and the whole West Africa such us Burkina, Senegal, Togo, Benin and Ghana.

Our destination management experts have conducted tours in Mali, Burkina Faso, Senegal, Guinea Conakry, Guinea Bissau, The Gambia and Niger. Their knowledge of Mali and other West African countries, together with their proficiency in several languages and dialects, are invaluable additions to the travel experience.

(Member Since 2006) Excursions/tous in the following cities: Bamako

Greetings from Diaspora Tours, a Ground Handler and Tour Operator with operations offices located in Banjul, The Gambia and Accra, Ghana and with representatives in Benin, Cote d' Ivoire, Mali,Togo and Senegal.

CLIMATE OF Mali: Mali is landlocked and has a subtropical to arid climate. It is mostly flat, rising to rolling northern plains covered by sand, with savanna around the Niger River in the south.
RELIGION OF Mali: Muslim 90%, indigenous beliefs 9%, Christian 1%
POPULATION OF Mali: Mande 50% (Bambara, Malinke, Soninke), Peul (Fula/Fulani) 17%, Voltaic 12%, Songhai 6%, Tuareg and Moor 10%, other 5%>>
CULTURE OF Mali: Approximately 90% of Malians follow Sunni Islam, but not always to the exclusion of traditional religious beliefs and practices. Muslims have their own educational systems, leading in some cases to the equivalent of baccalaureate and doctoral studies. An increasingly large number of Muslims make the pilgrimage to Makkah and study in Arab countries. Christians comprise about 1% of the population, although under French colonial rule the introduction of missionaries into predominantly Islamic areas was encouraged.
ECONOMY OVERVIEW OF Mali: Mali is one of the poorest countries in the world, with 65% of its land area desert or semidesert, and several prolonged periods of drought occurring there over the last century. Economic activity is largely confined to the riverine area irrigated by the Niger River. About 10% of the population is nomadic and some 80% of the labor force is engaged in farming and fishing. Industrial activity is concentrated on processing farm commodities. Pottery is also practised by women whose wares are bought by dealers and are transported to markets where they are sold by traders.

Hallo! My name is Ksenia, I`m fron Russia. I`m interesting about 7-day Mali trip. How much is it for 2 persons? We`re planning to visit Africa in november (fron 20 to 30 november). And we speak english, our french is very bad :)) Please, tell mt about your price.
Ksenia
Ouologuem hamadou (Private Guide) :
Hi ksenia folling your request to travel in mali ,we have a best offert for it 905 per pax ,starting in bamako BEST REGARD
▼ Quick tours search
2

Our agency provides the best tours in and around Mali, including Senegal and Burkina Faso.  Read more 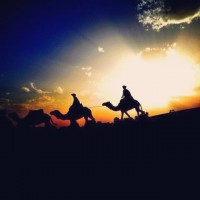