Sudan is the largest African country by area. The Sudan is situated at a crossroads between the Horn of Africa and the Middle East.
Cities : Khartoum (capital), Al Fashir, Al Qadarif, Al Ubayyid, Atbara, Al Hassahisa, Al Kamleen, Al Musalamiah, Babanusa, Bentiu, Bor, Delgo, Dongola, Ed, Damazin, Ed Dueim, Geneina, Hala'ib, Juba, Kasala, Kotsi, Kusti, Malakal, Malualkon, Nimule, Nyala, Port Sudan, Sennar, Suakin, Shandi, Tonj, Wadi Halfa, Waw, Wad Madani
Visas/Passport : Sudanese travel visas are expensive and difficult to acquire for some nationalities in some countries or for people with an Israeli stamp in their passport. It is advisable to obtain a Sudanese visa in your home country if possible.
Calling Code : 249
Time Zone : East Africa Time (UTC+3)
Military regimes favoring Islamic-oriented governments have dominated national politics since independence from the UK in 1956. Sudan has been embroiled in a civil war for all but 10 years since then. The war is rooted in northern economic, political, and social domination of non-Muslim, non-Arab southern Sudanese. Since 1983, the war and war- and famine-related effects have resulted in more than 2 million deaths and over 4 million people displaced. The ruling regime is a mixture of military elite and an Islamist party that came to power in a 1989 coup. Some northern opposition parties have made common cause with the southern rebels and entered the war as part of an anti-government alliance. Peace talks gained momentum in 2002-03 with the signing of several accords, including a cease-fire agreement.

CLIMATE OF Sudan: tropical in south; arid desert in north; rainy season varies by region (April to November)
RELIGION OF Sudan: Sunni Muslim 70% (in north), indigenous beliefs 25%, Christian 5% (mostly in south and Khartoum)
POPULATION OF Sudan: 40,187,486 (July 2005 est.)>>
ECONOMY OVERVIEW OF Sudan: Sudan has turned around a struggling economy with sound economic policies and infrastructure investments, but it still faces formidable economic problems, starting from its low level of per capita output. From 1997 to date, Sudan has been implementing IMF macroeconomic reforms. In 1999, Sudan began exporting crude oil and in the last quarter of 1999 recorded its first trade surplus, which, along with monetary policy, has stabilized the exchange rate. Increased oil production, revived light industry, and expanded export processing zones helped sustain GDP growth at 6.4% in 2004. Agriculture production remains Sudan's most important sector, employing 80% of the work force, contributing 39% of GDP, and accounting for most of GDP growth, but most farms remain rain-fed and susceptible to drought. Chronic instability - including the long-standing civil war between the Muslim north and the Christian/pagan south, adverse weather, and weak world agricultural prices - ensure that much of the population will remain at or below the poverty line for years.

I am an English-speaking tour guide and tour manager for 10 years. I have several planned itineraries that can assist travelers in discovering the various attractions. Read more 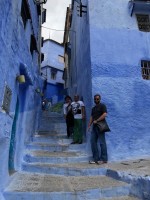