Welcome to Riga, the largest city of all the three Baltic States and the capital of Latvia! My name is Aija Tamsone and I will be your Riga private tour guide. This beautiful city has so much to offer and I will gladly assist you in exploring the historically rich center of Riga and its surroundings.

We have different tours and offers - family tours, eco tours, culture and history tours. You can always check the timetable of coming events in Latvia on our website. We try to do our best to keep the info interesting and updated.

My name is Ilze Karlsone and Im a licensed Riga private tour guide who takes it more than a hobby than a real job. Because enjoying each opportunity to show new visitors how interesting Riga is cant be called a job. Its a passion. I really love meeting new people from different countries and taking around the most fascinating and picturesque parts of the city. Whether your interests lie in the domain of history and art, or youre more into social events and night life, Riga has something for all types of guests.

Located in Northern Europe across the Baltic Sea from Sweden, the Republic of Latvia is bordered by Estonia, Lithuania, Russia, and Belarus. Latvia has a relatively temperate climate with only moderate seasonal changes that include cool summers and mild winters.

Latvian culture is rich in traditional folklore and musical history, with a mostly peasant pagan heritage that has partially merged with Christian traditions. For instance, one of Latvia’s most popular festivals is the pagan summer solstice, Jani, which is celebrated on the Catholic feast day of St. John the Baptist.

Latvia’s capital city, Riga, presents many fascinating historical and cultural attractions for visitors to this Baltic country, including several notable castles, churches and other landmark buildings. The House of the Blackheads in Riga’s Old Town was built in the 14th century and features an elaborate Dutch Renaissance façade. Turaida Castle on the Gauja River is a lovely medieval castle and one of the most popular landmark attractions of Latvia. Riga Castle is the residence of the Latvian president with interesting round towers and a museum open for exploration.

The famous tower of the temple at St. Peter’s Church grants an amazing view of Riga’s landscape, and the five domes and ornate structure of the Nativity of Christ Cathedral offer another must-see attraction. You won’t want to miss seeing Europe’s widest (and shortest) waterfall at the Ventas Rapids, and Gutmanis Cave is another fascinating natural attraction.

Private guides conducting tours that highlight the cultural, historic or artistic aspects of Latvian landmarks and include visits to local museums, natural, historical or artistic attractions are required to carry a valid tour guide license issued by the Tourism Department of the Latvian Ministry of Economy.

On the other hand, guides providing tours that are aimed at showing the local distractions, such as shopping tours, restaurant tours, nightlife tours, aren’t required to carry a license. A valid license is often requested upon entering museums, historic buildings and other landmarks of this kind, which grants the guide the right to enter freely without standing in lines.

In order to get a tour guide license the applicant has to enroll with a guiding school first, and master the entire course, which may endure for several months. Only after completing the course and getting the respective diploma or certificate, the future guide may attempt to get a license from the Ministry of Economy by passing an official exam.

The Association of Latvian Professional Guides is the largest and the most influential body of this kind in the country, the membership in which may serve as a great boost for a guide’s career.

There are 1000 unknown secrets in Vienna. Only some of them are that Vienna is the world capital of classical music, a paradise concerning cuisine. Read more 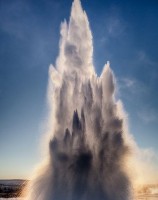