I like to call the following tour ”Treasures of Morocco” because this journey will open so many secrets and treasures to the tourists. This 11 days tour will leave in heads of tourists a vivid memory of what can be called ”true adventure”. Also, I arrange private tours in Tangier and other Moroccon cities. The first day of our adventure would start in Casablanca where you caould witness such sights as the Hassan II Mosque, and the Ain Diab Corniche.

Then we would move to Rabat, and see the Mausoleum of Mohammed V. The day two would include the visiting the city of Fez. From Fez we would depart to Meknes, this city is always called as Moroccon Versailles. The Meknes sights would include Bab Mansour gate, Hari Souani, and the old medina. Tour with private guide in Tangier. Then we would arrive to Fez and overnight there. The third day would be about the sightseeing of Fez. The spiritual capital of Morocco.

We would see the work of craftsmen there. Also we would be able to purchase anything from them. The fourth day would include the visiting Azrou and Erfoud. On the fifth day we go to Rissani, and then to Todgha Gorge in Tinghir. The sixth day will give us the chance to witness the rose festival in Dades Valley. The seventh day – we would be in Ouarzazate. Excursion in Tangier. The eighth day – we would be in Zagora.

On the ninth and tenth days we return to Marrakech, with its Saadian Tombs, the Palais de la Bahia, etc. The last day we departure from Marrakech home. Tourists report that I am the best private guide in Morocco. 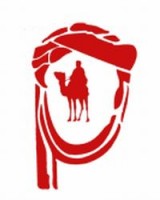