Hello everyone, I'm Uros. I was born, I live and work in Belgrade. By profession I am a professional firefighter (and in my spare time music songwriter). I want to share with you the magic of Belgrade (which is really a lot).

Welcome travellers, globetrotters, companies, tour operators, friends and sudden guests! If You are reading this, You must be planning a trip to Serbia. I'm here to welcome, help with transport and accommodation, organise tours and sightseeing, meals and coffee breaks, for You or Your clients in Serbia and surrounding countries.

I can offer you everything from when you arrive in Kosovo to when you leave including airport pickup and drop off, all transfers, lodging, meals and etc.

The Republic of Serbia is located in the central Balkans and on the Pannonian Plain of Europe. Serbia shares borders with Hungary, Bulgaria, Macedonia, Croatia, Bosnia, Montenegro, Albania and Romania, and its capital city, Belgrade, is both one of the oldest and largest cities in east central Europe. The climate of Serbia features harsh, freezing winters throughout most of the country, and hot, humid summers.

Serbia invites visitors to enjoy its natural scenic beauty in places such as the Tara National Park in western Serbia. Thick forests of pre-historic Pancic Spruce, spectacular waterfalls and interesting caves are a splendid setting for boating along the Drina River. Lake Palic is another naturally scenic locale, famous for its healing mineral waters and a popular recreational area with beaches, resorts, a zoo and music festivals.

Serbia’s most famous historical and cultural attractions include Belgrade Forgress, a 1st century Roman military encampment that was destroyed and rebuilt at least 40 times until 1760. Another historical landmark is the Zica Monastery built in the 13th century, and the Petrovaradin Fortress and Clock Tower of the 17th century. One of the most ancient- and barbaric- monuments in Serbia is the Atele Kula Skull Tower in Nis, consisting of 952 human skulls.

A more modern attraction of Serbia is its Building of the National Assembly, a beautiful structure built in 1907 in celebration of liberty. 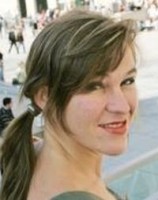 Tour Group in France
Culture and History tour in Paris

I will make your tour the most interesting and affordable through my network of local independent businesses working to represent France the best way they can. Read more